The two stood on the porch and rang the bell. Muffled music and voices came through the door and met them on the steps.

When the front door opened, the muffled noises came to life. A tall woman grabbed Angie by the arm and pulled her in for a huge hug.

– You succeeded ! said the woman. And who is he? the woman asked, gesturing to Liam.

Liam raised his eyebrows and smirked as he went to shake the woman’s hand. The woman slapped Liam’s hand.

– I’m Celestial and we kiss friends over here!

Liam reluctantly accepted the woman’s act of friendship, patting her on the back several times before she finally let go.

As Celeste and Angie stood in the doorway, catching up on what the other had been up to since Friday, Liam remained silent. He glanced around the party with cautious eyes and, out of habit, pulled out his phone. There was no notification. He tapped the home screen several times to make it look like he was busy, then slipped the phone into his pocket.

– I’ll have something to drink. Do you want it all? Liam asked.

– No thanks, said Angie.

Liam walked through the crowd, walked to the kitchen and found a keg that was nearly empty. He mostly poured himself a cup of foam but he didn’t care. The drink would help keep her hands occupied for the evening.

When Liam returned with his drink, he found Angie alone. Her velvet blouse radiated light.

The word “friend” rolled on her tongue in a condescending fashion.

– She has other guests to mingle with, Angie said, rubbing her chest, feeling a little sore after Celeste’s gargantuan hug. Just try to have fun, okay? she added.

Liam sipped his drink, more out of boredom than thirst. His left hand was stuck in his jeans and he kept rolling his eyes around the room. People walked by and said “hello” to both Angie and Liam, but no one lingered long enough to move a conversation beyond basic greetings.

The pulse of the evening combined with the static buzz of strangers made it impossible to hear each other. After an unstable amount of time passed, with the two still standing by the coat rack near the entrance, Angie and Liam crossed the room and made their way to the balcony.

The air outside was humid and hot. It clung to the body like a shadow at midday. A golden glow radiated from the streetlights into the night and left the sky starless. The city was isolated by its own reflection.

Angie rested her forearms against the railing and looked out over the city. Construction cranes loomed, encroaching on the horizon.

There were people walking the streets below, giggling as they walked the sidewalk. A heavy-walking man was shouting in a Pentecostal tone about the labyrinth of streets and their divine significance. People walked past him, indifferent to his soul-saving advice.

Liam held his red cup with his thumb and middle finger, and swirled the golden liquid around. Watching the drink move around the cup helped relieve him, he wasn’t sure.

– What do you think the city will look like in 10 years? Angie said turning to Liam and leaning against the railing.

– Well, think about it. We’re broke, at least I am. And the only people living in our city are transplant recipients. I mean, everyone behind that sliding glass door is from somewhere else.

“Barely,” Liam said, taking a sip from his glass.

– We should take advantage of what we have, at least for now. Angie turned to face the city as if she heard someone call her by name. I think it will be great, she added.

– What will be? Liam said, unaware of what he and Angie were talking about.

– The future, said Angie. Whenever something new happens in the city, you have the opportunity to be a part of it.

Liam threw away the rest of his drink and tossed the red mug in an overflowing trash can near the door.

– Tell me how we are part of the towering penthouses and high-end office spaces?

Angie stopped and glanced at Liam. She felt sorry for him, like a mother who just saw her child fall and scratch her knee.

Liam tilted his head and lowered his eyebrows.

– Why would you be afraid to tell me things?

A breeze swept across the balcony, shaking the discarded cups and cans. Another couple came out and dug in the cooler. Their laughter and elation bothered Liam. The couple debated what they should drink, stout or IPA. The guy, dressed in pants, rummaged in his pocket and took a puff of his vape pen.

– Angie, are you going inside? the girl asked, sipping her IPA.

– Yeah, just get some fresh air.

The guy blew a plume of vape that smelled like vanilla candle. He lingered in the air like a specter before being dragged into the breeze. He nodded to Liam and Angie before heading back inside. The gesture sounded mocking to Liam.

– They were having drinksâ€¦ I thought it was pretty obvious.

– I don’t mean with them. I mean with your comment â€œI’m afraid to tell you thingsâ€. What does it mean?

Angie looked at her feet then at Liam. He wore the same thing he wore every day, which by default meant it wasn’t party attire. His black jacket was frayed around the collar and his jeans were faded. Like an old house, her clothes seemed inhabited. Most of the time, Angie found Liam’s cohesive wardrobe heartwarming, even endearing. But tonight at her new friend’s work party, she wished Liam had worn something else.

– It means that there are things that I keep to myself so that you cannot tarnish them, said Angie.

– Tarnish them? What are you talking about?

“You stand there in your Cool-Guy outfit, acting like you’re too good for everyone and everything,” Angie said. It’s exhausting. There are things that I think aboutâ€¦ things that I hold on to for my own sanity, things that give me hopeâ€¦ things that cannot stand your judgment.

– What’s so stupid about that? Is life so horrible that the only thing worth living in is? Would partying be more your style if everyone sat in a circle and took turns complaining about the company?

Angie looked like she was about to scream but caught up. She ran her fingers through her hair and shook her head.

– That’s the problem, she said softly. Nothing it’s your thing.

– This is not true! I am in a lot of things. Sorry for not being naive and pretending that everything is fine all the time.

Angie let out a desperate sigh as if she had been holding her breath.

– But Liam … sometimes things are awesome.

Angie walked past Liam and through the sliding glass doors. The effervescent smell of moving bodies hit Liam in the face. It was the youthful scent of happiness. A smell he found foreign.

Inside, Angie walked over to the kitchen counter and poured herself a drink. Celeste approached from behind and surprised Angie.

– One hell of a party, said Angie, pointing her mug in the direction of the crowd dancing in the living room. The song was a mashup of Mr. Brightside and wrecking ball.

The lights flashed red and yellow, purple and green. Hands and arms swayed overhead, reaching for the ceiling. The individual got lost in the mix and the crowd moved with a collective rhythm. The room smelled of grass and incense. The music was interspersed with loud thumping sounds that could be felt in the chest. It was the modernization of an ancient ritual.

– That’s great, isn’t it? Celeste said. I saved for three years to get by here and now it’s happening. I finally have the kind of party in the city that I dreamed of. You are all lucky to have grown up here, Celeste added.

Celeste stared calmly at the moving mass of bodies as if she were looking at a campfire.

– Will you excuse me? Said Angie swallowing her entire drink.

– Of course, everything is fine? Celeste asked.

Angie went to the bathroom and opened her purse. Inside, she grabbed her phone and a small white business card. She dialed the number and let it ring.

Angie was looking at herself in the mirror. The years had been kind to her, but for how long? She was in her late thirties and felt stagnant. She and Liam had been together for three years. When she tried to remember how or why they got together, she couldn’t. The two had followed each other aimlessly, each hoping the other had the answers.

After several long trills, the call went to voicemail.

– Hi, it’s Angie Collins and I would like – Angie paused before continuing – I would like to continue and confirm my appointment for Monday. Thank you.

Angie hung up the phone and put it back in her purse. She looked at herself in the mirror again. His eyes were red and expressive, almost bright. She took a deep breath and whispered “I’m sorry” to herself before heading back to the party and pouring herself another drink.

Sean Mallanray is an emerging writer residing on the shores of Martinez, California. As a dual citizen he is applying to creative writing programs across Ireland and working on a short story collection. Her work takes an empathetic look at the intersection between expectation and uncertainty. When Sean isn’t writing, he can be found surfing or whaling on drums. ‘The Way of It’ is his first published work of fiction.

New Irish Writing, edited by Ciaran Carty and published in the Independent Irish the last Saturday of each month, is open to writers from Ireland or residing in Ireland. Stories submitted should not exceed 2,000 words. Up to four poems can be submitted. Entrance is free. Writers whose work is selected will receive â‚¬ 120 for fiction and â‚¬ 60 for poetry. You can send your application by email, preferably as a Word document, to [email protected]. Please include your name, address and contact number, as well as a brief biographical paragraph. Only writers who have not yet published their first book can be considered.

Next Public spending on pandemic will soon be cut, government warns 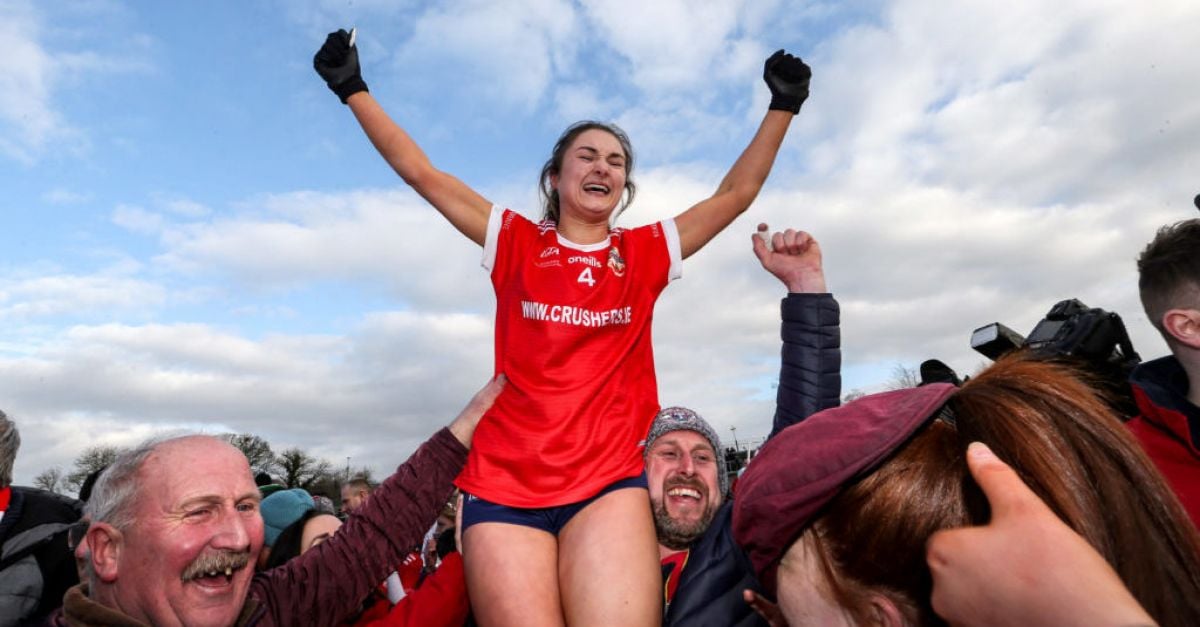 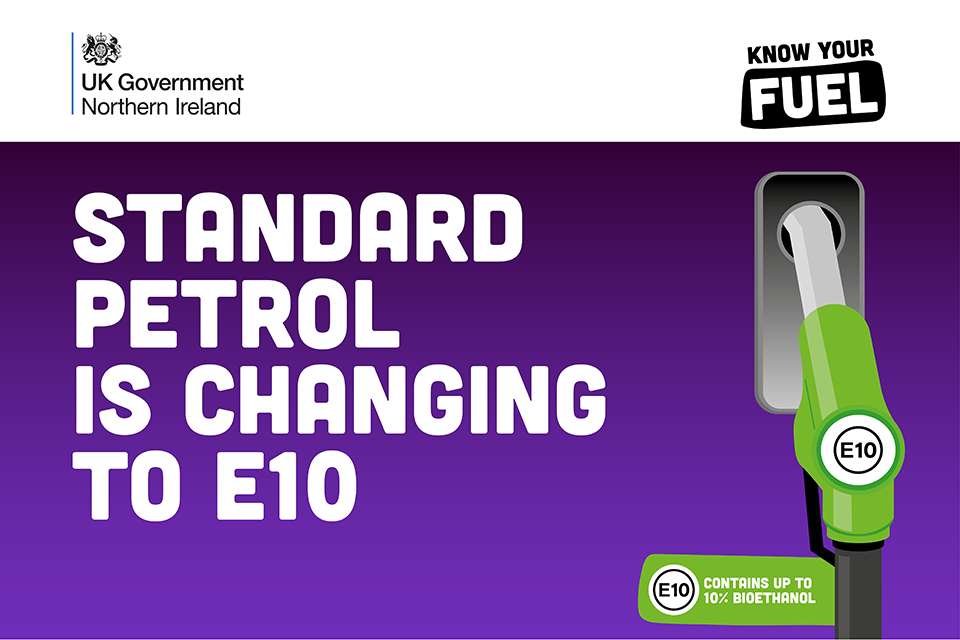