The government’s handling of the new ticketing rules for live music and night-time hospitality is not chaotic, a minister insisted.

Pippa Hackett, Green Party Minister of State for Planning and Biodiversity, admitted that there were still anomalies to be ironed out, but insisted that decisions had to be made based on the tendency to rising Covid figures.

All nightclub events must be chargeable starting next week, according to government guidelines released Friday night, just before the clubs reopen for the first time in more than 600 days.

The guidelines said that in addition to a Covid-19 certificate and photo ID, anyone attending a nightclub will need to have purchased a ticket in advance.

Appearing on RTÉ’s political week, Ms. Hackett was asked if the timing of the announcement had been a disaster.

“No, it isn’t,” she said. “Less than a week ago we were going to reopen without any restrictions and we had to make some decisions based on the direction of movement of the Covid numbers and we made those decisions this week.

“There are anomalies, there are things to be ironed out and we continue to do so, but we have seen that the sector itself has been closed for over 600 days. We are now trying to move to a situation where we can live with Covid.

The measures that have been put in place regarding the ticket office… I think people socialized anyway, we saw hordes of people in the streets.

“The ticket office will work out. I think it’s important that we have this contact tracing information that we otherwise wouldn’t have had if people were socializing on the streets alone. 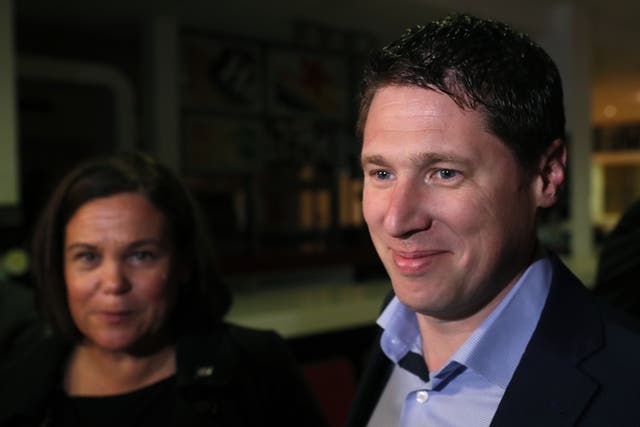 But Sinn Féin TD Matt Carthy told the program that the government’s handling of the situation “was and is an absolute mess.”

“The nightclubs were opening when the government introduced the new guidelines and we still haven’t seen the actual regulations in terms of the legal basis for it all,” he said.

“This goes back to a scenario that we have seen repeatedly throughout this pandemic where our government has failed to engage with affected sectors, failed to adequately plan in terms of in place of contingency measures for the scenarios we have seen.

“The government refuses to share the kind of information that is needed in regards to the public health advice behind this. “

Mr Carthy continued, “What was supposed to happen is that they… we have this discussion with the industry several weeks ago to see if we need to introduce a ticketing system, how it would work and how it would be- it effective.

“Instead, we have a situation where business owners were actually trying to deal with a big logistical challenge in terms of reopening their first night, and then hearing the guidelines would be different in a few days.

It just isn’t fair to anyone involved and undermines public confidence that the government knows what it is doing. “

He said: “Last week we had industry representatives in a room with the government and everyone came away with a different understanding of the rules and what was going to happen.

“Poor communication during the pandemic is simply unforgivable on the part of the government. “

Meanwhile, there have been 1,725 ​​other confirmed cases of Covid-19 in Ireland, the Department of Health said.

As of Sunday morning, there were 473 patients hospitalized with the virus, including 97 in intensive care units.