Met Éireann has issued a yellow status rain warning for two counties as the country experiences a spell of rain.

The alert, which covers counties Cork and Waterford, is valid until 7am Wednesday.

The national forecaster said there will be accumulations of water from heavy showers or longer spells of rain today and overnight with isolated thunderstorms and occasional flooding possible.

It will remain rather unstable with rain or showers most days this week as well as some sunny spells.

Today take the umbrella as it will be a mostly wet day across the country with occasional flooding possible.

The national forecaster said it would remain rather unsettled with rain or showers most days this week along with a few sunny spells.

Heavy showers or longer periods of rain will spread northward across all regions throughout the day with a few isolated thunderstorms possible, particularly in the south.

There will also be bright or sunny intervals, the best of these in Ulster with high temperatures between 16°C and 20°C with moderate to cool south-easterly winds.

This evening, there will be more showers or longer rainy spells, especially over the southern half of the country.

Lowest temperatures will range between 12C and 14C with moderate to cool southeasterly winds.

On Wednesday, showers or longer spells of rain will spread across all regions, many of which will be severe with isolated thunderstorms and occasional flooding possible, particularly in the south.

Highest temperatures will range between 16C and 20C with moderate southeasterly winds.

There will be further showers or longer spells of rain overnight in Munster, Leinster and eastern Ulster.

It will become mostly dry further west and north with minimum temperatures between 12C and 13C with light northerly breezes.

On Thursday there will be bright or sunny spells, showers in eastern regions first then spreading to all regions, many of which are heavy with a possibility of thunder.

Highest temperatures will hover between 17C and 20C with light to moderate breezes from the north.

It will be mostly dry overnight with clear spells, but areas of mist and fog will form as the winds drop to light with minimum temperatures between 10C and 13C.

Friday will be a sunny day with sunny spells and a few showers, but not as heavy or as frequent as the previous days.

Highest temperatures will hover between 18C and 21C in light northwesterly breezes.

Saturday will be mostly dry with good sunny spells and the highest temperatures will be between 18C and 21C with light breezes. 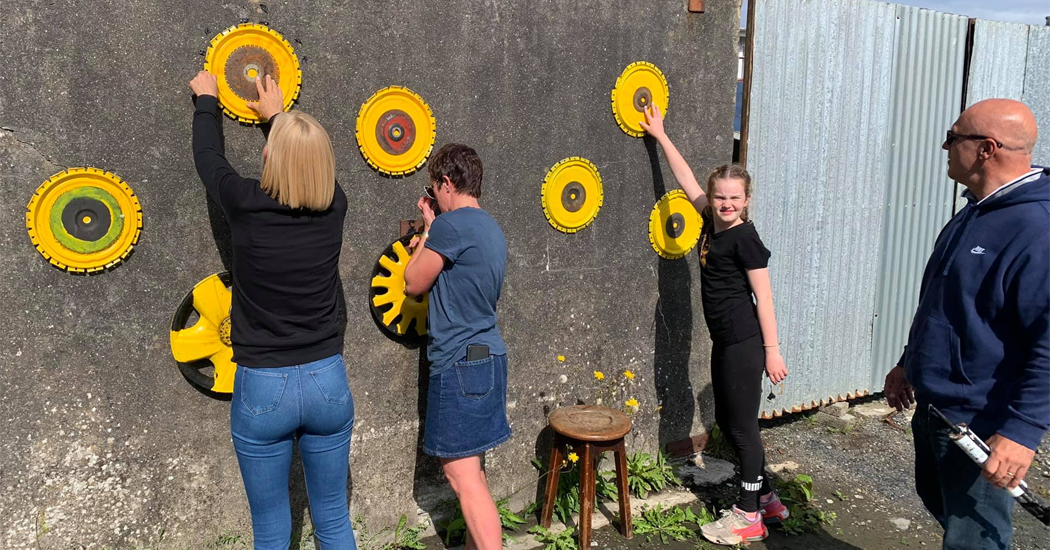