KASHA MUMIE WAS separated from her children and trafficked from Uganda to Ireland in 2016. She arrived in Ireland by boat in a van with a group of other women. When she arrived here, Kasha managed to escape her traffickers.

She was rescued by a gardaÃ­ near Drogheda and taken to hospital, as she “was not doing well at all”.

â€œI was in shock and depression, so they took me to the hospital,â€ she says.

With the support of the Immigrant Council of Ireland, Kasha was granted permission to stay in the country, first for 60 days and then for an extended period. Due to her personal situation in Uganda, Kasha was eventually granted long-term leave to stay in Ireland.

However, her three young children were in Uganda and Kasha began a five-year process to find them. After legal battles in Uganda for custody, and with the support of the Immigrant Council of Ireland, Kasha was reunited with her children earlier this year.

â€œIt was a very difficult time, but I’m happy to have them with me now. I couldn’t wait to have my kids with me, â€she says.

For Asmeret Kidane, who arrived from Eritrea in Ireland in 2004 when she was pregnant with her daughter, it took 18 years before she found her son in Ireland in March this year, due to serious difficulties with the Eritrean government.

â€œEven though I’m talking about it now, it just wore me out. Physically, emotionally, financially, it’s even very difficult to think about it now, â€she says.

The family is now happily reunited and lives and works in Dublin.

â€œThis year, we will all celebrate Christmas as a family. And that’s what I’ve wanted all my life, to have my family with me. [My son] has a bright future now that he’s here with me in Ireland. It is a huge step in his life and for us.

The two women were reunited with their children under Irish family reunification laws.

Family reunification is the name given to the process by which Irish citizens, citizens of the EEA (European Economic Area) or those who have international protection status or permission to remain in Ireland, can apply for members of the their families abroad join them in the country.

Irish citizens do not have the statutory right to be joined by their non-Irish families in Ireland.

Instead of, a 2016 policy document issued by the Irish Naturalization Immigration Service (INIS) – part of the Department of Justice – sets out the criteria necessary to bring a family member from outside Europe to live here.

If you are an Irish citizen and wish to be joined by a child or a spouse, for example, you must have earned at least â‚¬ 40,000 in the last three years combined. This increases dramatically for elderly dependent parents. You must also not have received state benefits for two years before your application.

As a general rule, adult siblings or children, or any extended family member, will not be eligible to come to Ireland. Although in theory the Minister of Justice can exercise his discretion in a particular case which does not meet the requirements, this is rarely done.

For those who have come to Ireland as asylum seekers and been granted refugee status, international protection status or permission to stay, the rules regarding family reunification differ and are governed by the Protection Act international (2015).

By law, people with refugee status or subsidiary protection in Ireland have the right to be reunited with their immediate family (spouse or civil partner, child under 18).

Figures on the number of family reunification applications filed and granted each year are only available for this cohort of people.

Migrant rights groups and aid organizations have criticized many aspects of existing laws and regulations regarding family reunification.

For example, with regard to people with refugee or protected status, requests must be made for a family member to join them within twelve months of obtaining status, which groups of migrant rights advocate criticize it as being too short a deadline.

â€œWe come across many incidents where, due to the very nature of forced displacement and the way you might have to flee your own country, you might not hear from your family for a while,â€ says Jody Clarke , Ireland spokesperson for UNHCR, the United Nations refugee agency.

â€œThere are certainly incidents where family members show up a few years later. In this regard [the 2015 Act] introduced a lot of restrictions and made it much harder for people to apply, â€says Clarke.

Clarke also points out that the 2015 law limits which members can join someone here, further restricting the rights of people to be united with their families.

Earlier this year, UNHCR released a report, Achieve family reunification, which examined the practical difficulties faced by families in reuniting, even when visas were granted.

These concerned significant challenges for people wanting to get the right documents and pay for flights and other associated costs to get to Ireland.

Regarding INIS regulations on family reunification, Mary Henderson, lawyer at the Immigrants Council dealing with family reunification, says that in addition to legal restrictions, additional obstacles for people to exercise their rights are practical, financial and have to do with delays in processing requests.

â€œA combination of the uncertainties involved, concerns about financial criteria, and then significant delays in processing are some of the main obstacles that would be identified,â€ she says.

“When [individuals] reside in war zones, when they reside in places that do not have good documentary systems or good bureaucracy.

“And [in cases] where people have fled, they do not necessarily have access to documentary evidence that will prove a family connection or make it easier for them to make a claim.

â€œIf a person is in a war zone where there is no access to international NGOs (non-governmental organizations), or even to be able to come into regular contact with members of his family, it is very difficult to ‘a logistical point of view of processing visas.

Rules and regulations regarding family reunification came to the fore after the Taliban seized power in Afghanistan last month, following the withdrawal of US and coalition forces.

The takeover has sparked a wave of mass migration, as hundreds of thousands of people seek to flee the country fearing for their lives and safety under the Taliban.

In Ireland, the Afghan community has expressed serious concerns for family members and friends living in the country.

“What is happening to women now is just the tip of the iceberg,” said Shabnam Azad, an Afghan woman living in Ireland. The newspaper last month.

â€œIt’s going to be 10 times worse, in my opinion, for the women out there. Right now they are just trying to occupy, once settled in they will really start working and make life as hell for women like it was the last time.

Speaking this week, Nasruddin Saljuqi, president of the Afghan Community and Cultural Association of Ireland, said that many Afghans living in Ireland – most of whom are Irish citizens – cannot bring their family members here because they are not eligible under the current rules.

â€œThey have to apply for a visa but they are not eligible. Organizations have asked the government to give a new component so that people can ask their families to join them, â€he said.

According to Jody Clarke, the situation in Afghanistan has “really highlighted the problems that already exist” with the laws on family reunification.

â€œEven when you get a clearance, it can be very difficult, in terms of bureaucracy, money and everything, to get people here in the first place,â€ he says.

Last month, UNHCR reiterated its call on the government to reopen the International Humanitarian Admission Program (IHAP). This program was introduced in 2018 and has enabled citizens and refugees to apply to be joined by family members in Ireland.

The program was more flexible than the rules of the International Protection Act and operated at the discretion of the Minister of Justice.

What the government is doing

In response to a number of questions from The newspaper, a spokesperson for the Department of Justice – which deals with immigration matters – said the department was currently focusing on processing family reunification applications “for Afghan family members of Irish citizens and Afghan nationals living in Ireland “.

The spokesperson said 108 Afghan family members have been granted family reunification so far this year and that 62 more are currently being processed.

They said only eligible people can apply for eligible family members under the International Protection Act, but others may be able to apply for visas to reunite with their families.

“Visa applications for Afghan family members of Irish citizens and Afghan nationals living in Ireland are assessed promptly and sympathetically,” the spokesperson said.

From January to August 22 of this year, 128 visas were granted to Afghan nationals wishing to reunite with their families in Ireland. Finally, under the IHAP, which is now closed to new applicants, 76 Afghans have received immigration status letters this year.

The spokesperson said the introduction of a new scheme similar to the IHAP was under government consideration and would require a government decision before being introduced.

â€œThe minister intends to present proposals to the government regarding this issue in the near future,â€ the spokesperson said.

This work is co-funded by Journal Media and a grant program from the European Parliament. All opinions or conclusions expressed in this work are those of the author. The European Parliament has no involvement or responsibility for the editorial content published by the project. For more information, see here.

Next If Intel does not build a "mega-factory" in Ireland, it "will not" for lack of energy infrastructure 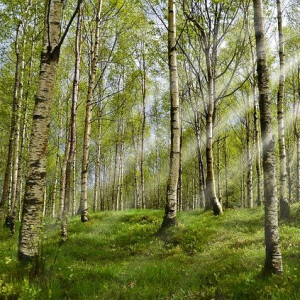