On Thursday evening, Pai Rathaya sat on her knees on the floor between rows of theater chairs, gazing at the set she had designed.

For Animalsa modern version of George Orwell farm animalwritten and directed by Louise White, Rathaya’s vision was a hands-on set-up in which every prop has a purpose.

There are drums and a guitar on the ground level of a wedged platform. Bicycle wheels and a plaid dress hang on the wall next to music equipment.

A small desk and a few chairs are on the floor around baskets of groceries stacked on top of each other.

“I’m not trying to build an imaginary world; I tried to be very faithful to the script,” she whispered, as the rehearsal continued on stage.

A thin layer of fog blanketed the stage inside the Samuel Beckett Theater at Trinity College Dublin. An actor stood on a makeshift platform, blowing on a lit lighter to draw a larger flame.

After a while, Rathaya stood up. She took the stage to join Gavin Kennedy, a lighting designer, holding a take-out cup.

“Do you want to say something nice about me?” You were supposed to marry me,” Rathaya said jokingly as she gently touched him on the shoulder. ** **

Rathaya’s friends and colleagues are aware of her immigration difficulties. A friend started an online petition, calling on the government to let her stay.

But art graduates like Rathaya from outside the European Union who seek to stay and work as creatives face great obstacles.

Artists could also try to come to work in the country on short-term permits by applying through the atypical work program, they said.

But most jobs in show business are freelance gigs. You can’t get a work permit if you work freelance, Rathaya says.

You also can’t technically freelance on the post-graduation Stamp 1G she’s currently taking, she says. “I must be a beneficiary. I have to be on the payroll to work.

Killian Coyle, Animals’ creative producer, says Rathaya brought much-needed diversity to the set and a different approach to set design because of her background.

“Representation benefits work,” Coyle said. “If you present society in the theater as a white image of itself, that’s not really accurate because that’s not what Ireland is today.”

Yet while more magazines can show immigrant artists and government announcements highlight the diversity of programming at events, little has been done to remove the systemic barriers some immigrant artists face when trying to stay. in Ireland and pursue a career in the arts.

Rathaya says her colleagues often complain about the industry’s lack of international diversity and that she’s too white. “I say to myself: ‘Because the law doesn’t allow us to stay,'” she smiles.

Made to be broken

Rathaya moved to Ireland from Thailand in August 2018, enrolling in a Masters in Stage Design at the Lir National Academy of Dramatic Art at Trinity College Dublin.

On her graduate immigration permit, she worked on different projects.

This year she won an Irish Times Theater Award for Best Set Design alongside Alyson Cummins for the set of Volcanoa mini-series directed and choreographed by Luke Murphy.

Rathaya also designed the set for the stage adaptation of John B. Keane’s short story, _Letters of a Country Postman, _which ran this summer at Cork’s Everyman Theatre.

In total, she designed sets for 17 productions and attended 10 shows, she says.

In Thailand, Rathaya had studied architecture but hated the hyperfocus of work on serving clients’ tastes, she said. “There is a very small gap for me to express myself.”

Thursday, Killian Coyle, Animals’ creative producer, pulled a chair behind a table in a meeting room above the stage at the Samuel Beckett Theater and set down a small bottle of fruit-infused water.

Coyle has a freelance career, like most other people in his industry, he says. “I am self-employed. I am always between two jobs.

Once Animals ends, he has other jobs to move on to, but there are often gaps, he says. “What are the consequences of how it works.”

It’s rare for creatives in the theater industry to be hired on full-time contracts, he says.

Projects are usually too short to warrant long-term employment, he says.

No compromise on freedom

The Department of Business, Trade and Employment offers a Sport and Culture Employment Permit.

But jobs and employers are subject to several terms and conditions. Also, this permit is not for the self-employed, although the department can issue seasonal permits.

“Sports and Cultural Employment Permits can be issued for different durations depending on whether the employment contract is full-time up to a maximum of 2 years, or seasonal”, specifies the department’s website.

Between January and September 2022, the Ministry of Employment granted 243 work permits to workers in the arts, entertainment and leisure sector, according to its official figures. It is unclear whether these licenses were awarded to creatives and, if so, in what areas.

In the same window, it issued nearly 9,000 work permits for “information and communication activities”, the figures show.

A spokesman for the Department of Justice did not say whether it would consider granting long-term residency to a number of arts graduates each year to live and work here without work permits.

The Rathaya extension on a 1G stamp expires in February next year.

She says she can probably get a job in architecture, which is on the Department for Employment’s list of jobs with a shortage of Irish and EU workers and therefore more likely to get a permit.

It would give Rathaya the right to stay and do what she loves on the side. Everyone told her that, she says, but going back isn’t easy.

“I already quit that job to go to theater and do what I love here. I don’t want to go back to that,” she says.

Even outside of the arts, immigrant graduates said they accepted any job that sponsored a work permit and the right to stay, even if they felt dissatisfied or unhappy.

A 2021 joint report by the Economic and Social Research Institute (ESRI) and the Irish Human Rights and Equality Commission highlighted the lack of research to assess things like job satisfaction and employment control among migrants.

Coyle, the creative director, says it’s wrong to tell Rathaya to get a job as an architect and present that as a solution. “That’s not an answer.”

If anyone in government thinks that’s the case, he says, they don’t understand the situation.

“Why don’t you get a job as an architect?” Because you don’t have to because you’re doing what you’re supposed to do,” he says.

Coyle says if the government let Rathaya stay, she wouldn’t be unemployed for long periods of time.

“She hasn’t stopped working since she’s been here,” Coyle said. “She hasn’t had a period of more than a few weeks of unemployment.”

If he knew she could stay, he would book her for next year’s jobs, he says.

Next Consumers reduced their purchases and outings in September 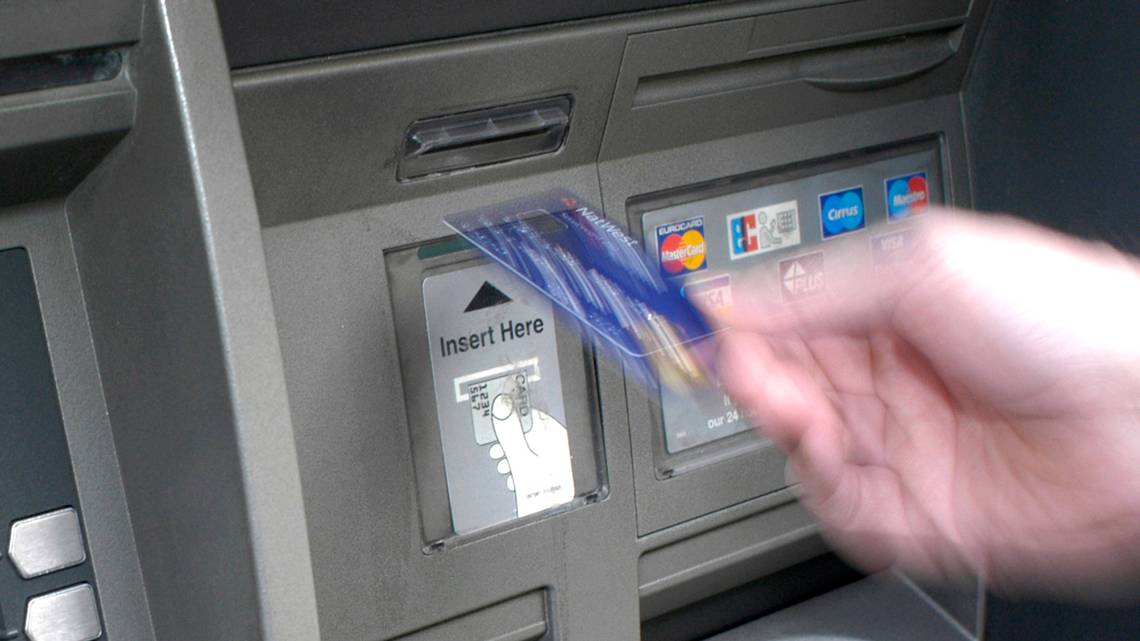 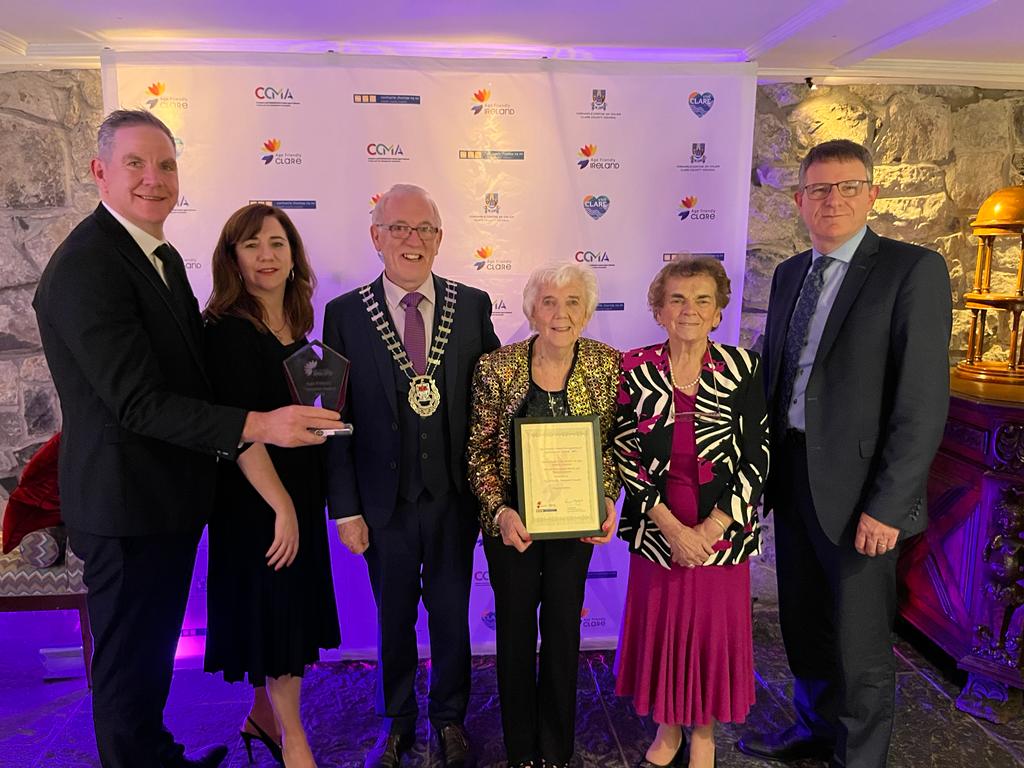