ADDITIONAL CORONAVIRUS MEASURES in schools across England will not be in place “for a day longer than we need,” his education secretary pledged, as concerns were expressed over ” possible staff shortages in the sector.

Nadhim Zahawi has called on principals to consider merging classes or sending groups of children home if the number of employees on sick leave due to Covid reaches critical levels.

But he said keeping children in class as much as possible and keeping schools open was critical because of the mental health impacts.

Schools in England are due back from Christmas holidays tomorrow.

“The priority is to keep schools open,” he told Sky News, after it was announced that masks would be recommended in class for high school students, along with bi-weekly testing.

Zahawi said: “The testing, the staffing support we put in place and of course the ventilation is going to make a big difference for schools this year.

The most important thing is to keep them open.

“We control staff absenteeism, I just told you that we are operating at around 8% last year. If it increases further, we look at things like merging classes, teaching more. “

Zahawi admitted that it was “more difficult, of course, to teach with masks in the classroom.”

Education Secretary Nadhim Zahawi told Sky News that while staff absences increased further in schools due to # COVID-19[FEMALE[FEMININE, the classes could be merged.

In Ireland, Education Minister Norma Foley and officials from her department are due to meet with unions and governing bodies tomorrow to discuss the return of schools – currently scheduled for Thursday.

The Irish government has insisted that schools will return as normal after the Christmas break, despite daily record Covid numbers and concerns over infection control measures in schools that had been highlighted ahead of the Christmas break .

No other restrictions in England – Zahawi

It comes as British Prime Minister Boris Johnson has ordered ministers to draw up contingency plans to deal with staff shortages caused by the coronavirus across all sectors – a situation that raises similar concerns in Ireland.

Despite concerns about staff absences due to Covid, Zahawi said “there is nothing in the data” to suggest that further coronavirus measures will be needed later this week.

But he said: “This is an aerosol transmitted virus and if you wear a mask, if you are asymptomatic, you are less likely to infect other people.”

And he said he hoped the guidelines for high school kids to wear masks in class again were not in place “for a day longer than we need.”

Zahawi told BBC Breakfast that the Plan B measures would be reviewed on Wednesday, but added: “There is nothing in the data that gives me any concern that we need to go beyond where we are at.

There is very good data from London that it appears infection rates are leveling off or even falling further.

“But we see the over 50s leaking in terms of infections, and it’s usually the over 50s who end up with serious infection and hospitalization.”

Meanwhile, the Dutch government also announced today that schools will reopen next week as planned after a longer than usual Christmas break, despite the rise in infections fueled by the Omicron variant.

Primary and secondary schools are expected to reopen on January 10, although higher education institutions are restricted to online courses due to an increase in the number of infections in the student age group.

It comes after the Netherlands imposed some of the toughest restrictions in Europe to curb the rapidly spreading Omicron variant on December 19.

The country closed schools for three weeks and shit all non-essential stores, cultural and entertainment venues until January 14.

The Dutch National Institute of Public Health said today that positive cases of Covid-19 are on the rise, mainly because the more infectious strain Omicron is now dominant.

About 14,623 people tested positive on Monday, up from 11,440 a week earlier, with the average infection rate rising for a sixth consecutive day, the RIVM said.

Previous “When it's bright outside, I can see. When it's dark I always ask for help ' 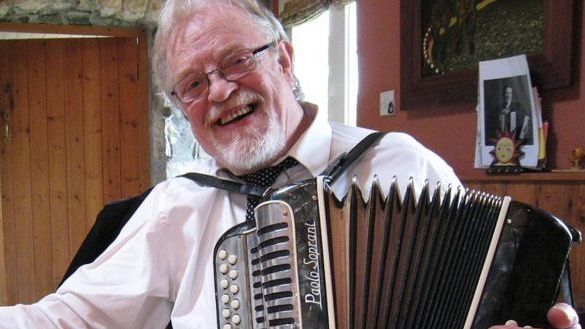