There’s something about winning or losing that’s just irresistible to sports fans. So when the basketball cup weekend takes place each year in January, interest in the national game is always at its peak.

Thousands of neutrals will tune in to TG4’s live coverage over the next three days and, were it not for Covid, the National Basketball Arena in Tallaght would be jammers with club players, coaches and fans setting up a storm.

But the interest in Irish senior international teams?

If you offered people a free ticket to those Insure.ie Cup finals or an Irish international match, what do you imagine they would take?

Can you imagine Irish football or rugby fans making the same choice?

National club loyalty still trumps support for the Ireland squad, although the senior men’s and women’s teams have recently returned to their highest levels of European competition in years.

There is a disconnect with the Irish senior men’s team that dates back historically to the recruitment – and eventual overreliance on – Irish-American players of the early 1990s.

Some of them played at the highest level in Europe and even in the NBA and helped Ireland, which did not win an international match in 1977, until the European semi-finals in 2002 where they stood up to superpowers like Germany. and Croatia.

But, in those pre-streaming days, most Irish fans rarely saw them play, and their recruitment reduced international opportunities for domestic players, so the disconnect and resentment festered.

Superleague veteran Marian and underage international Conor Meany even admits he lost love for Ireland when they went so far down the ‘American pros’ route.

But, with time to kill during the Covid lockdowns, he decided to explore that, reaching out to these first and second generation Irish players, to flesh out their roots, motivations and experiences.

His research led him to write a completely different book.

“I had about 50,000 words about these guys, but I thought I would be doing a disservice by just focusing on them. I needed to tell another story, to give a general picture of the international team.

It traces its military roots (the Olympic team in 1948 was all military), the ups and downs of Ireland’s senior men’s and women’s programmes, the nadir of withdrawing from all international competition in 2010 because Basketball Ireland was in debt 1.2 million, and its recent resurgence.

It inevitably examines Irish-American relations, including the philosophy of founding man Clare Enda Byrt, whose pursuit of emigrant players as an Irish coach has proven controversial to some in the domestic game.

Byrt, he said, intended to use Irish-American ties to raise the level of national players through scholarships and funding, as well as to strengthen the national team with some American-born players.

He didn’t want to replace Irish players, just fill in some obvious gaps in his rosters.

Meany points out that it was major international rule changes – Bosman in 1995 and a subsequent FIBA ​​change that sped up the international allegiance process – that saw other coaches push Irish-American recruitment to its limits. extremes.

For two European qualifiers in 2004, the Irish men had only one player of Irish descent in their roster of 12 players and that was Pat Burke, the NBA player who was born in Tullamore, Co Offaly, but who has moved to the United States when he was three years old.

He’s discovered some great threads and insights, including Burke’s favorite response to people who questioned his allegiance: “Fart clovers.” F off!” When Byrt’s team played a scrimmage game with the United States at the 1995 World Student Games, their opponents included future NBA stars like Allen Iverson, Ray Allen and Tim Duncan; Iverson reportedly asked an Irish player if he spoke English.

The story of how Basketball Ireland accepted 3,000 balls from Benetton Treviso as compensation for not releasing Alan Tomidy for international duty in 2000 is particularly shocking and instructive.

Meany questions why Ireland welcomes non-Irish born players into football and rugby but not basketball and looks at the chicken and egg dilemma it faces: invest in the international team to develop grassroots football or vice versa? How do you fund it?

He is currently the commercial director of Basketball Ireland and therefore accepts his prejudices.

Her father, Paul, is a former association president who also stepped in, on a pro bono basis, to help sort things out during the financial slippages in 2009.

The book is clearly a labor of love and does a tremendous service to Irish basketball as the first recorded international history, even though it is written in an unacademic, non-index conversational style.

“Enda Byrt wanted to support and develop young Irish talent through Irish-American links, but then the rules changed (Bosman and FIBA) and it ended up going much further down that road than he had never expected,” he wrote.

“When you talk to Irish-Americans like John O’Connell and Dan Callahan, Irishness is their fabric – they just didn’t grow up in Ireland. It wasn’t just these mercenaries who came to help us international scale.

“The other thing that struck me was how cyclical things are. We are again trying to figure out how to fund and advance national teams and whether to look to America for support. or the players. We’re not doing things now that haven’t been tried in the past.

What is indisputable is his undiminished passion for the game and its future. He played in four cup finals and won only one (2011). He is now the father of two toddlers and has (temporarily, he insists) returned to Superleague action this year to help UCD Marian transition from their talented U20s to seniors.

And today at 6.15pm you’ll find him on the sidelines at Tallaght, assisting Marian’s U20 coach Fran Ryan as they take on the UCC Blue Demons in the first of the 2022 Cup Finals.

Previous The Irish "more interested in current affairs than other countries" 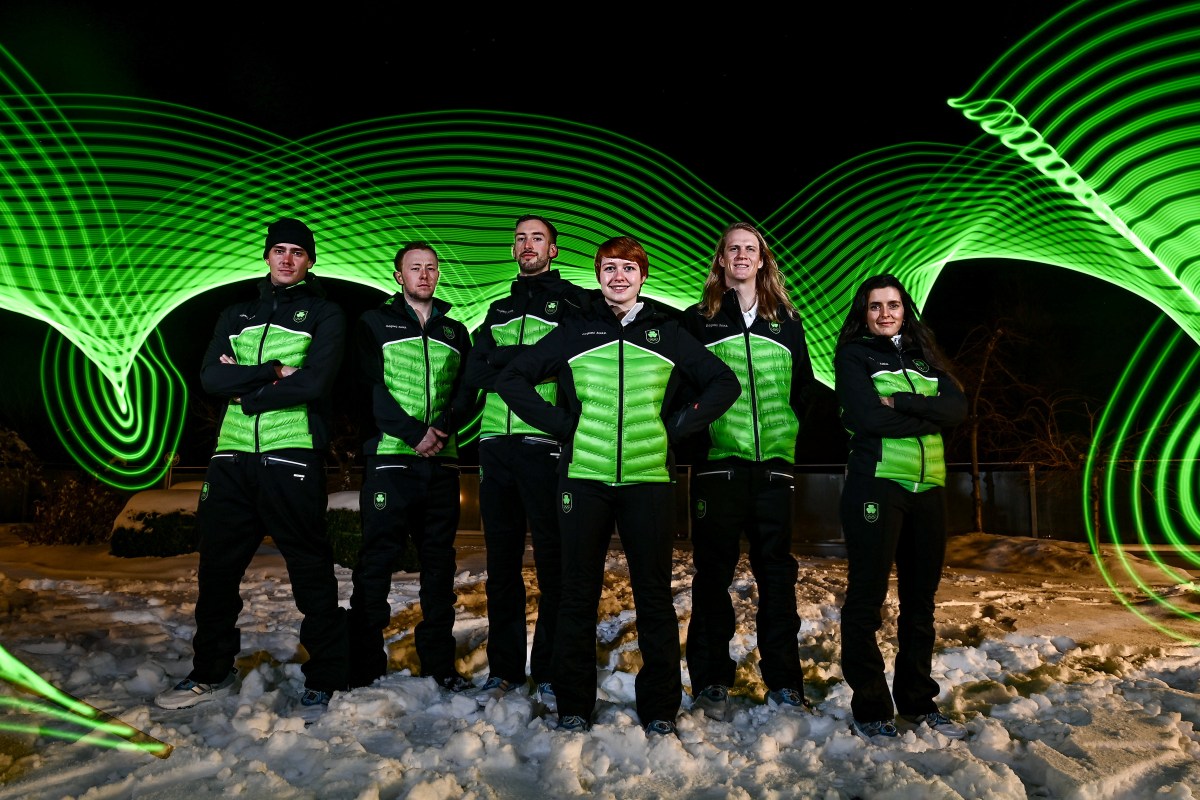