Eganville – Hundreds of children born in the 1950s and 1960s in Ireland were adopted ‘under the table’, leaving them without adoption records or real birth certificates, unable to trace their biological parentage or access information about their biological family.

Then came DNA testing through companies such as Ancestry and 23andMe. For Eganville resident William Enright, born in 1958 in Ireland and adopted at birth, an introduction by an Ancestry representative to Eganville & District Seniors about six years ago led to the slow unraveling of a mystery. of a lifetime and a joyous discovery.

“I was told I was adopted when I was 23,” William says. “I was about to leave Ireland the next day to pursue doctoral studies at Michigan State University. My dad told me, and he was very nervous and worried when he did it – I made it easy for him and told him that I felt very lucky to have been adopted by loving, decent people. Although I was obviously surprised, I was about to embark on a new adventure in the United States and I never thought of looking for my biological mother or father.

William cites a happy childhood in Enniscorthy with his adoptive parents, Thomas and Margaret (Galvin) Enright, who had also adopted another son, Paul, in 1955.

“If I thought about it, it was when I was asked for a medical history which, of course, I did not know. I never knew if it was a curse or a blessing!

Busy with his career as an animal scientist, traveling the world to attend conferences and working in government research and later for large animal health companies such as Intervet (later acquired by Schering-Plough and then Merck) in the Netherlands Down in Ireland and Canada, and knowing that the Irish adoption system was fraught with pitfalls, William had neither the time nor the inclination to begin the long search for his family records.

Through his adoptive mother’s family, William was a distant relative of the John and Mary Howard family in Eganville, which led to his first trip to Canada as an agricultural student to work on the Howard farm. in 1980. Since then, William has forged a strong friendship with the family of Don and Margaret Howard, has visited Eganville around 20 times and was lucky enough to move with his job to Montreal in 2008. An early retirement in 2014 brought William in Eganville where he was involved in a number of volunteer roles on community boards and committees. non-profits like Eganville & District Seniors (EDS), Eganville Curling Club, ConnectWell and Fairfields.

Ancestry’s presentation at EDS was intriguing.

“I wondered if I was even of Irish descent,” William said.

He bought the discounted kit the same day, registered on the website using a pseudonym and did as thousands of others did, sending in a saliva sample to be tested for DNA. An email arrived two months later saying he was indeed 99% of Celtic descent with the DNA most closely related to the borders of counties Mayo, Galway and Roscommon in the west of Ireland.

In late 2016, much to William’s surprise (he hadn’t read the fine print!), emails began arriving via the Ancestry site from various biological relationships, including one from a relative living in the United States. Unis who indicated that they were likely first cousins. William ignored him and two others by the same person over the next two years. After hearing bad stories about people searching for and finding their birth families, William had decided to “let the sleeping dogs lie”, thinking his birth mother had her own good reasons for giving her baby up for adoption. William had never felt anything but compassion and sympathy for his biological mother.

However, in June 2019, via his brother Paul (living in Kenya for 35 years), he was contacted by Tusla (the Irish government‘s family and child support agency) to say he was likely one of several hundred babies. illegally adopted (falsified birth certificates) via St. Patrick’s Guild and Dr. Eamon de Valera, eminent gynecologist, passionate Catholic and son of Ireland’s third President.

William spoke to a caseworker in Tusla over the phone and then in more detail a few weeks later during a planned visit to Ireland. It turned out that Tusla didn’t have any concrete information about him in old files that were recently discovered. However, due to the many emails through Ancestry and Tusla’s contact, William decided that fate was driving him to search for his birth family.

With the help of a new acquaintance in New Zealand, Peter, who was somewhat of an expert at tracing ancestries via DNA data sites, within weeks William was 99 per cent sure his mother was Eileen. Riordan and his father Arthur Hanley, both of Claremorris. , Co. Mayo and both deceased for over 20 years. Between Peter’s efforts and viewing a Claremorris history Facebook page, William discovered many cousins, two uncles, Tom Riordan in Adelaide, Australia and Pat Riordan in Newcastle, UK, both Eileen’s younger brothers, and a half-aunt, Christina Brennan, in Claremorris. Most surprising of all was the news of two half-brothers, one on each parental side, both now 45 years old. And both only children. Over time, with the help of Hanley’s first cousins, contact with the “bros” was established.

There was the pressing question of what they knew about an older brother? They didn’t know anything. In small increments of information and questions, the exchange of photos and emails began. There was shock but also excitement and joy.

William’s two half-brothers have been friends since they were children. They recalled how their parents were friends and indeed continued to work side by side in the Hanley family’s grocery, baking and pub businesses. Newspaper clippings spoke of Eileen Riordan’s subsequent marriage to a cattle rancher named Martin Dyer and the birth of a son, Brian, who farms near Claremorris. Other news related to Arthur Hanley’s much later marriage to Catherine and the birth of their only son, Gerard, now an estate agent. All were shocked but eager to unravel this completely unexpected twist in the family saga, and eager to welcome this new family member living in Canada.

In October 2020, William “met” his new half-brothers on Zoom for the first time. Although awkward at first, the Irish ‘gift of gossip’ quickly took hold and a lot of information was exchanged. Over the next 18 months, frequent long chats and video calls ensued with both families. COVID-19 prevented William’s half-yearly trip to Ireland in 2021 but, as restrictions began to be lifted, a plan was drawn up for the two Irish families to travel together and visit William over the Easter period this year .

“If William came to Ireland, all the cousins ​​and neighbors would want to meet him. We decided we wanted to have it all to ourselves for the first visit,” Brian and Gerard said.

On April 6, an Aer Lingus flight to Toronto brought two brothers, two sisters-in-law and seven young nieces and nephews to William’s home in Donegal and land on Highway 512 to the west. d’Eganville.

“It was like we all saw each other yesterday,” Sinead Dyer said.

“It felt so comfortable and natural,” Nina Hanley added. “You get to know each other well when 12 people spend a week together in the same house.”

“It’s just as well that we got on well!” William joked.

The 10-day trip included a whirlwind tour of the area, including a meeting and gathering of the extended Howard family and some local friends and neighbors. Seeing milking robots in action at Enright Farms on the Barr Line, a trip to the Cobden Sales Barn and a chat with auctioneer Preston Cull and Killaloe rancher Michael Walsh satisfied Brian Dyer’s curiosity for local agriculture.

Gerard, who is a real estate agent and outdoor enthusiast, took an icy dip in the Bonnechere River at Rotary Beach on Good Friday. All 12 visited Tanger Outlets and the Museum of Science and Technology in Ottawa, as well as some of the local gift shops. The seven children wrote down their memories of their visit to their ‘new’ Uncle William, which included their first ‘quad’ rides at John Sheridan’s on Howard Road. They collected eggs from Margaret Howard’s chicken coop and saw the production of maple syrup at Jean and Jack Kelly’s on the Opeongo. A tour through Mennonite Farming Areas and a trip to Bromley Farm Equipment and a Maundy Thursday Mass at St. James completed the time spent in Eganville.

“We met Father Ken and he’s Irish! exclaimed one child in his account of the visit.

Through his brothers and cousins, William becomes familiar with the many new relationships and extended family trees of his biological families. In addition to his “regular” cousins, he now has around 80 first cousins ​​in total.

Of course, Brian and Gerard have shared a lot about their parents and their lives so far. Eileen was a force behind the Claremorris Drama Festival and in rural community development. She was also the first female president of a chamber of commerce in the province of Connacht. Arthur has been involved in business, agriculture, property and promoting the economic growth of the West of Ireland, including the development of Ireland West Airport Knock.

The photos show family resemblances with lots of laughs over the shared physical traits, including William having the ‘Riordan nose’ and both parents’ organizational skills and community spirit. As they flew back to Ireland on Saturday evening, tears flowed at Pearson Airport and the children wanted to take their Uncle William with them.

“Unfortunately the plane was full,” William said. “But finding my brothers and visiting me was the best Easter gift I could have imagined. I am also convinced that the six parents are watching from above and are very happy that this circle of life has been completed.

It’s clear the new families have created bonds that will last forever, a very happy resolution in at least this novel in the long saga of Irish adoption stories. The next chapter will take place this summer in Ireland.

Anyone can read Conversations, but to contribute you must have a registered Torstar account. If you don’t have a Torstar account yet, you can create one now (it’s free)

Conversations are the opinions of our readers and are subject to the Code of conduct. The Star does not share these opinions. 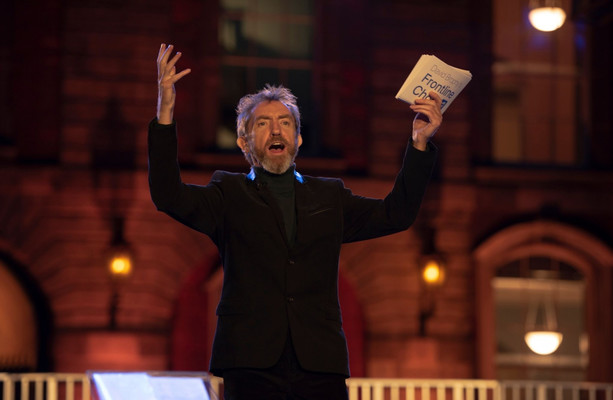 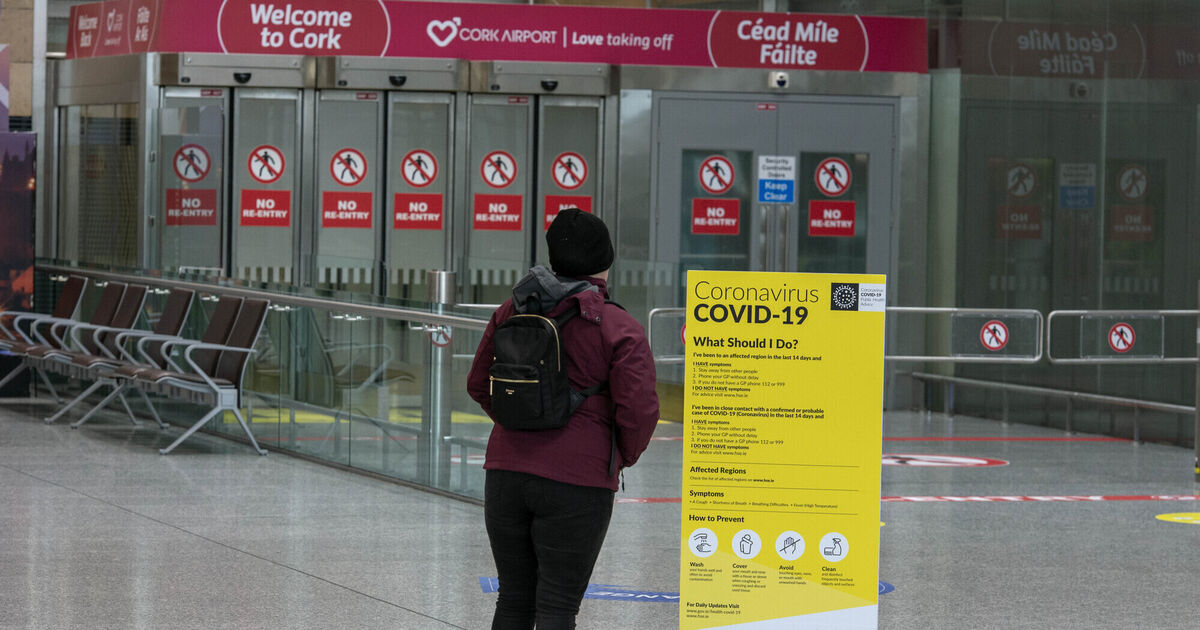 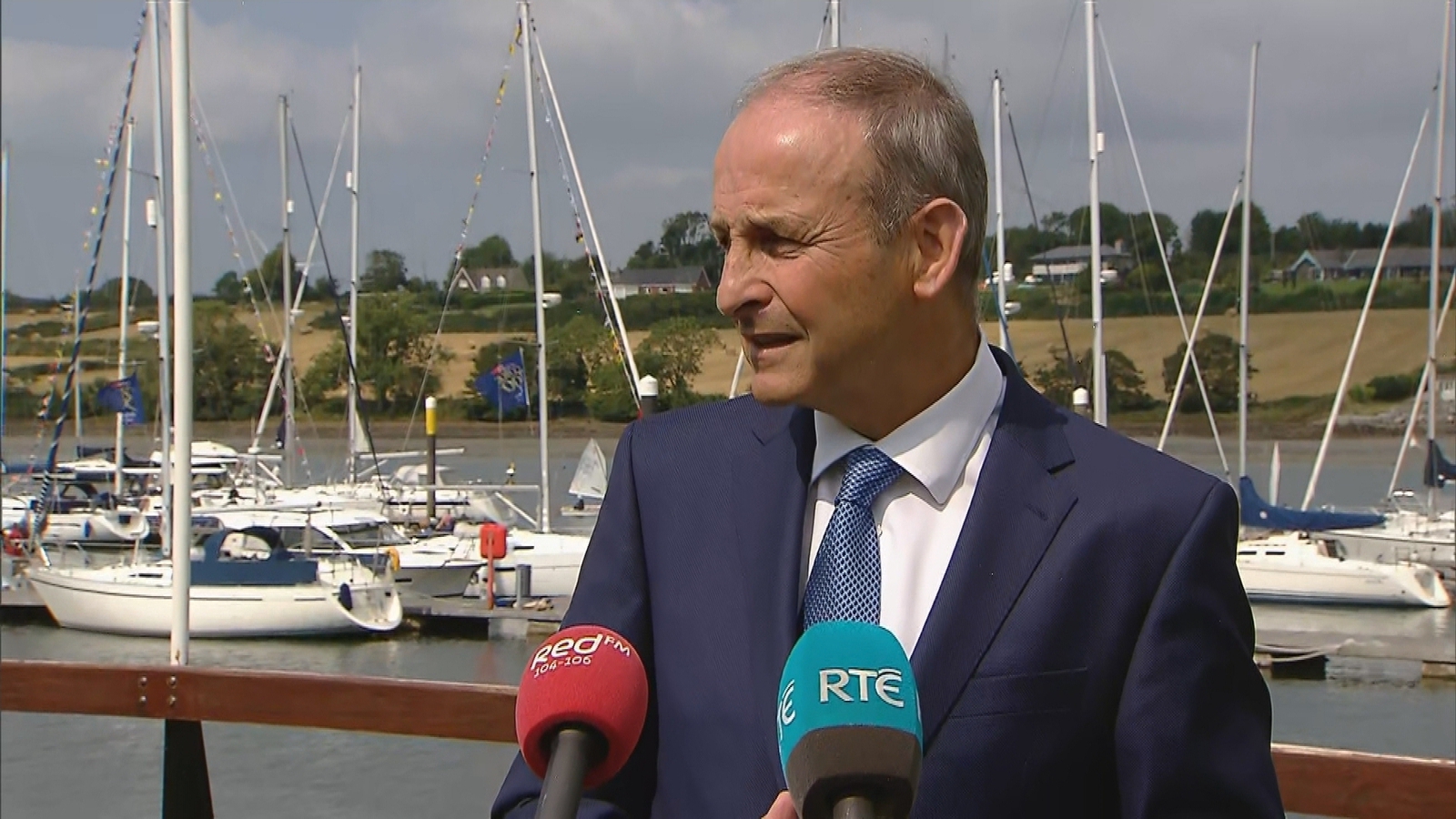